In the late 2000s, the state of Washington made stricter laws and penalties for drunk drivers. Previously, a DUI charge in Washington State was almost invariably always charged as a gross misdemeanor. Now, not every DUI charge is judged the same, as Felony DUI laws were introduced in the summer of 2007. A Felony DUI can result in a Class C felony or a Class B felony charge, with severe consequences including jail time, costly fines, and driver’s license suspensions.

The criminal defense lawyers of the family-owned South Sound Law Group have provided legal services to clients in and around Tacoma, WA, for years. We pride ourselves on being knowledgeable about all the constantly changing state and federal laws so that we can give our clients the thorough defense that they deserve.

Being charged with a DUI is a serious charge that cannot be taken lightly. However, a Felony DUI is an even more serious legal issue, and it is vitally important for the accused to hire an attorney experienced in the practice areas of criminal defense and traffic violations in Washington State.

To speak in more detail about your Felony DUI case, contact our law firm to schedule a free consultation with a member of our legal team.

What Constitutes a Felony DUI Charge in Washington State?

You may receive a Felony DUI instead of a misdemeanor DUI depending on whether you are a repeat offender or if you have a history of vehicular assault.

If you’ve had four or more prior DUI offenses in the last decade, your next DUI in Washington State will likely be charged as a Felony DUI. The state views you as a dangerous repeat offender and that the normal DUI charges are not changing your behavior.

If your driving record includes any past convictions for vehicular assault or vehicular homicide while driving under the influence of drugs or alcohol, then you will face a Felony DUI charge for your next DUI arrest.

Negligent driving and reckless driving that result in the injury or death of another person may also be used in judgment against you on any future DUI arrest.

What Are Potential Penalties for a Felony DUI Conviction?

In addition to the usual DUI conviction requirements, which could include costly fines, an ignition interlock device installation, and loss of driving privileges for a certain period of time, Felony DUIs could result in a Class C or Class B felony charges.

On the lighter end of sentencing, a Felony DUI conviction could result in approximately two years in prison, as well as fines, probation, community service, and enrollment in alcohol treatment programs.

On the other side of the spectrum, some Felony DUIs risk maximum sentencing of up to a decade behind bars and fines up to $20,000, plus license suspension that lasts for one to three years.

How Can a Defense Attorney Help Your Felony DUI Case?

While we may be tempted to believe that the facts are on our side and the judge for our case will be forgiving, this is ultimately an unwise way to think about how to defend your name in the criminal justice system. Like other cases in criminal law, there are no guarantees in Felony DUI cases and any lawyer who promises you a happy outcome is probably not a lawyer worth hiring as your legal representation. However, hiring an experienced criminal defense attorney with experience in the practice areas of DUI cases and felony charges is still the smartest way to proceed in your complex legal situation.

As your lawyers, the legal team of South Sound Law Group will explore different legal strategies which could either result in seeing your Felony DUI charges dismissed or arguing for a more favorable sentencing agreement.

Our attorneys will demand all facts and evidence that the state government intends to use against you in the upcoming case so that we may prepare a defense in which we can all feel confident.

South Sound Law Group has provided legal services to clients in Tacoma and western Washington for decades. We treat every person who walks into our law offices with respect and care. If you’re facing felony DUI charges, it cannot be overstated how important it is that you hire lawyers with experience defending clients in and out of the courtroom.

If it is possible, our attorneys will look to have your charges dismissed in the courtroom by providing you with a strong defense that picks apart the prosecution’s case. If, however, that proves impossible, then we will attempt to negotiate terms with the prosecution to help you receive more lenient sentencing and hopefully limit prison time in favor of probation and community service.

The sooner our lawyers have a chance to review your case and begin building a defense, the better off your chances will be of securing a satisfactory outcome.

Do not delay. Contact our law offices today to schedule your confidential free consultation at 253-383-3328. 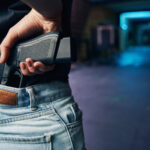